In recent months, the Working Group on Measurement and Data within CGAP’s Finequity Community of Practice (COP)has sought to shed light on the existing data landscape for sex-disaggregated data in financial inclusion. Through a sponsored webinar series featuring panelists from the Bill & Melinda Gates Foundation, World Bank’s Global Findex, and FinMark Trust’s FinScope and Insight2Impact platform, we have explored the availability, limitations, and challenges of publicly accessible financial inclusion datasets using a gender lens.

In the third webinar of the series, held 5 December 2017, we took a closer look at a unique dataset, Financial Inclusion Insights (FII), produced by InterMedia. Unlike other data sources, FII data has a dedicated gender module measuring women’s economic empowerment. The module aims to assess whether women are achieving economic success and have agency over financial decision-making as a result of access to finance. 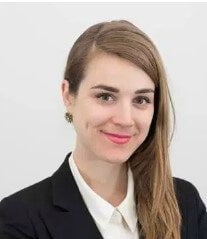 During the webinar, Nadia van de Walle, Senior Research Manager at InterMedia, discussed the importance of sex-disaggregated data in their recently released 2016 dataset. She explained how FII data can be analyzed to see how financial inclusion enables women’s empowerment. For example, we can see if having a bank account helped women gain access to capital, or allowed them to purchase labor-saving devices to free up time for other activities, such as productive income-generating work which can provide an initial step toward economic success.

The FII gender modules have evolved over time. In their first iteration in 2014, the data included sex-disaggregated indicators on financial behaviors. Soon after, additional gender modules and indicators were included. In 2017, with the support of the Bill & Melinda Gates Foundation and the International Center for Research on Women (ICRW), new survey questions were included to help ensure women were answering honestly and without hesitation, as well as to assess women’s influence and intra-household borrowing and bargaining. The FII gender modules evolved to go beyond women’s autonomy in decision-making, to better understand women’s role and the weight of their involvement in decision-making.

The FII gender module has 16 women’s empowerment indicators that look at agency, empowerment, asset accumulation, and economic security. These indicators are currently being analyzed and tested by InterMedia and will focus on areas related to intra-household bargaining, influence, and decision-making. Some sample questions from the gender survey module include:

The results get especially interesting when we start to look for correlations between financial inclusion and women’s levels of intra-household bargaining power and influence over household financial decision-making. The FII data found that for the question “How involved are you in deciding what kind of financial services you use?,” Overall, Kenyan men are 24% more likely to say they are highly involved than women. However, when instruments of financial inclusion are introduced, such as access to bank accounts for men and women – the gender gap becomes insignificant. This suggests that financial inclusion eliminates the effect of gender on the ability to choose which financial services to use.

As we can see, sex-disaggregated data can provide critical information not only on access to financial services, but also on the benefits and outcomes that can be derived from financial inclusion.

The FII gender module and women’s empowerment indicators are an important step in looking beyond access and use of financial services and products, and focusing on the influence and bargaining role of women within households. InterMedia plans to refine the gender module further and roll it out in more countries, while also exploring the impact of financial inclusion instruments on the labor market and connecting financial inclusion to poverty, resilience, and economic shocks.

We encourage you to explore the latest FII data via FII Data Fiinder, an interactive data visualization tool found on the FII website and subscribe to the COP mailing list for information about future interactive learning opportunities.

On January 31 at 9:30 AM EST, the Data & Measurement Working Group of the Women’s Financial Inclusion COP, will host our next webinar in the data series that will look at gender insights from nationally representative FinScope surveys, register here.

How Can Microfinance Contribute to Women's Empowerment?