Why We Urgently Need Alternatives to the Investor-Driven Fintech Model

Fintech is the latest financial innovation thought capable of dramatically improving the lives of the global poor. Its key attribute is that it greatly extends financial inclusion, meaning basic financial services such as credit, savings, and payments are made much more widely available to the poor.

The current narrative on fintech is that it will deliver for the global poor what the microfinance model failed to achieve despite its considerable progress in extending financial inclusion. There is a widely held belief that fintech’s ability to reach the “last mile” individual will help achieve full financial inclusion, which in turn will make major inroads towards resolving global poverty.

While this uplifting narrative seems to resonate with many, we argue that a more critical look at fintech is necessary to challenge its core assumptions. Although many individuals in low-income countries have indeed seen an improvement in their lives following the introduction of many basic fintech services, we believe that most of these benefits will be short-lived and will be outweighed by the longer-term downsides now emerging into view. These problems essentially arise because the dominant fintech model can be defined as an “investor-driven” one: that is, it is primarily intended to benefit individual and institutional investors, including many of the world's largest financial, telecom and digital payments corporations.

There are at least five downsides to the investor-driven fintech model that suggest it is unlikely to serve the real needs of the poor.

So what is the solution? We urgently need alternatives to the investor-driven fintech model.

One such model operates in the Brazilian city of Maricá. Thanks to its pioneering use of fintech applications, including a local digital currency operated by a publicly owned community development bank, the Banco Comunitário Popular de Maricá, the local community as a whole has begun to enjoy the many important benefits that a “people-centered” fintech platform can offer. Our research in Maricá showed that these benefits include lower cost public services (especially with regard to running Maricá's widely appreciated Basic Income program), a higher level of local business activity and less environmental impact thanks to local purchasing, and the promotion of local democracy and self-management in business and in the community. Crucially, all surpluses generated by the community development bank are retained and proactively reinvested back into the local community. 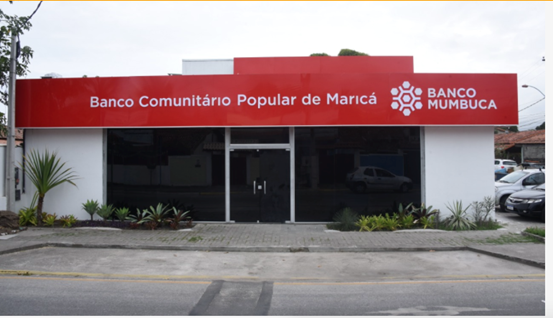 The fintech revolution underway possesses the potential to generate great benefit for all of humankind. But for this outcome to become a meaningful reality requires that the operating modalities, ownership structures and long-term objectives of the fintech sector must be thoroughly revised. Otherwise, sadly, we see this latest financial innovation joining the long list of financial innovations that, as history abundantly shows, start well but end up only enriching a tiny elite at the expense of the many.

Fernando Amorim Teixeira is a PhD candidate in Economics at the Fluminense Federal University (PPGE/UFF), where he is a Researcher at FINDE; a Substitute Professor of Economics at International Relations Institute of Federal University of Rio de Janeiro (IRID/UFRJ); and Economist-researcher at the Inter-union Department of Statistics and Socio-economic Studies (DIEESE), Brazil.

Fernando Amorim Teixeira is a PhD candidate in Economics at the Fluminense Federal University (PPGE/UFF), where he is a Researcher at FINDE; a Substitute Professor of Economics at International Relations Institute of Federal University of Rio de Janeiro (IRID/UFRJ); and Economist-researcher at the Inter-union Department of Statistics and Socio-economic Studies (DIEESE), Brazil.

Digital Financial Services, Fintech
You May Also Like
Blog

WhatsApp and Algorithms: How to Get Financing to Farmers in East Africa

Who Bears the Risk in Fintech?

Does Fintech Have Us Spellbound?

Great Expectations: Fintech and the Poor