The Global Findex database is the world’s most comprehensive data set on how adults save, borrow, make payments, and manage risk. Launched with funding from the Bill & Melinda Gates Foundation, the database has been published every three years since 2011. The data are collected in partnership with Gallup, Inc., through nationally representative surveys of more than 150,000 adults in over 140 economies. The 2017 edition includes updated indicators on access to and use of formal and informal financial services. And it adds new data on the use of financial technology (fintech), including the use of mobile phones and the internet to conduct financial transactions.

Adults with an account paying utility bills in cash only, 2017 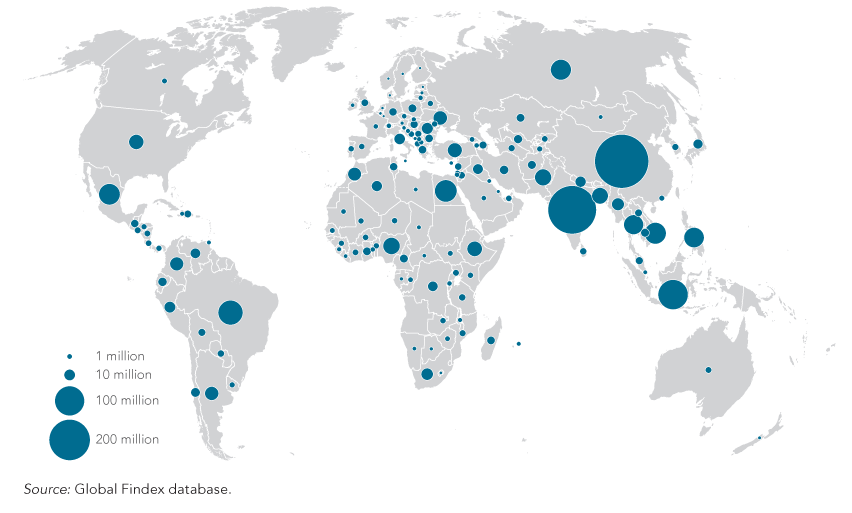 Financial inclusion is on the rise globally. The 2017 Global Findex database shows that 1.2 billion adults have obtained an account since 2011, including 515 million since 2014. Between 2014 and 2017, the share of adults who have an account with a financial institution or through a mobile money service rose globally from 62 percent to 69 percent. In developing economies, the share rose from 54 percent to 63 percent. Yet, women in developing economies remain 9 percentage points less likely than men to have a bank account.

This third edition of the database points to advances in digital technology that are key to achieving the World Bank goal of Universal Financial Access by 2020.